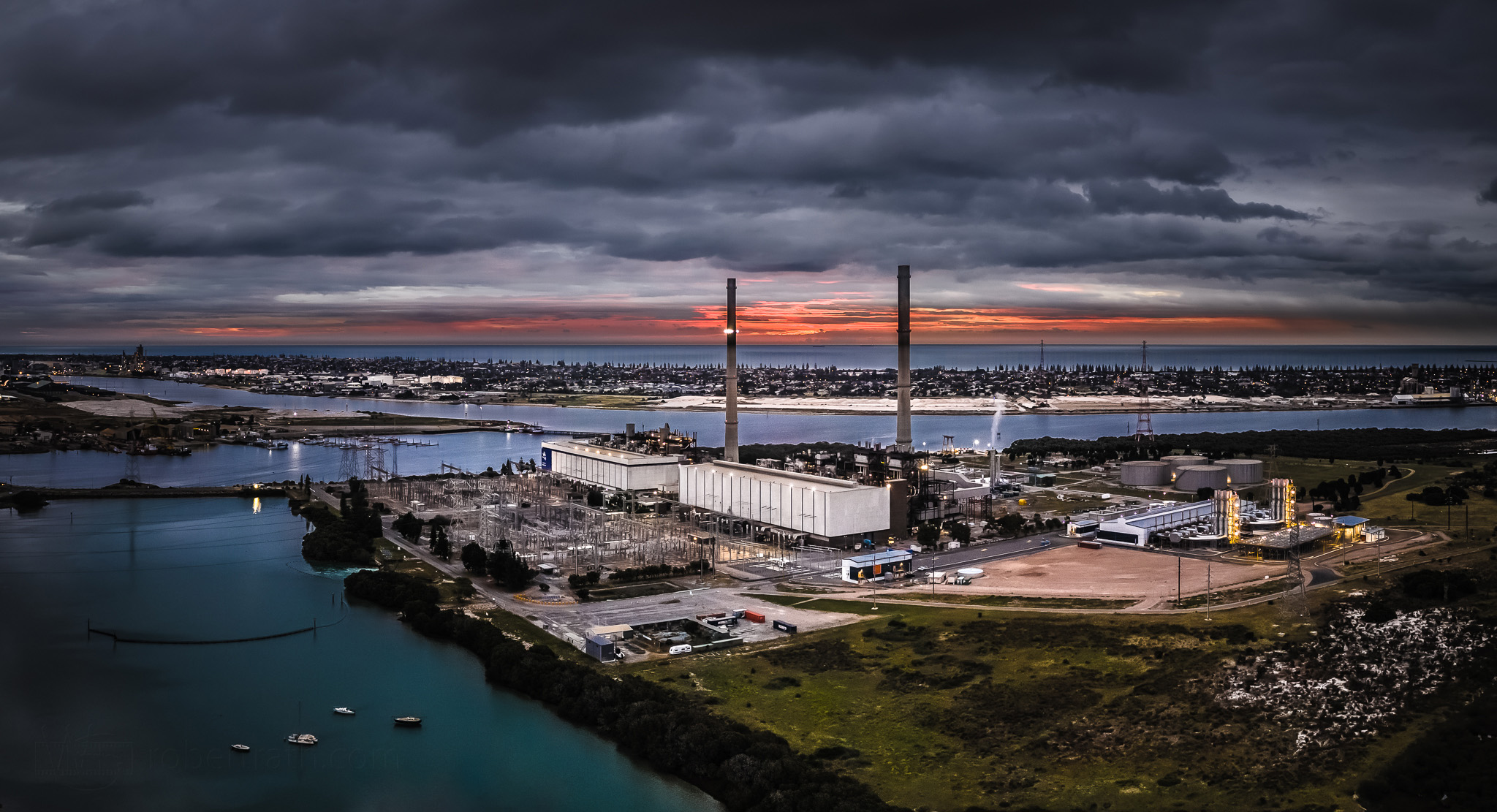 Tucked in behind the Torrens Island Power Station with its two huge chimneys is a tiny new power station called the Barker Inlet Power Station.

At a glance you’d think it was part of the larger power station infrastructure but note the two brightly yellow lit stacks over to the right with their 6 stainless steel exhausts each and you realise that it’s an entirely different station.

For the geeks, the Barker Inlet Power Station’s 210MW capacity is powered by 12 Wartsila 50DF reciprocating engines. These reciprocating engines can seamlessly change between natural gas and fuel oils at full load and are significantly more efficient and versatile than the ageing gas turbines being decommissioned nearby.

This power play will take some time but I think we will eventually see the end of those iconic Torrens Island chimneys as South Australia moves toward renewables augmented with highly demand responsive generation plant like the Barker Inlet Power Station.