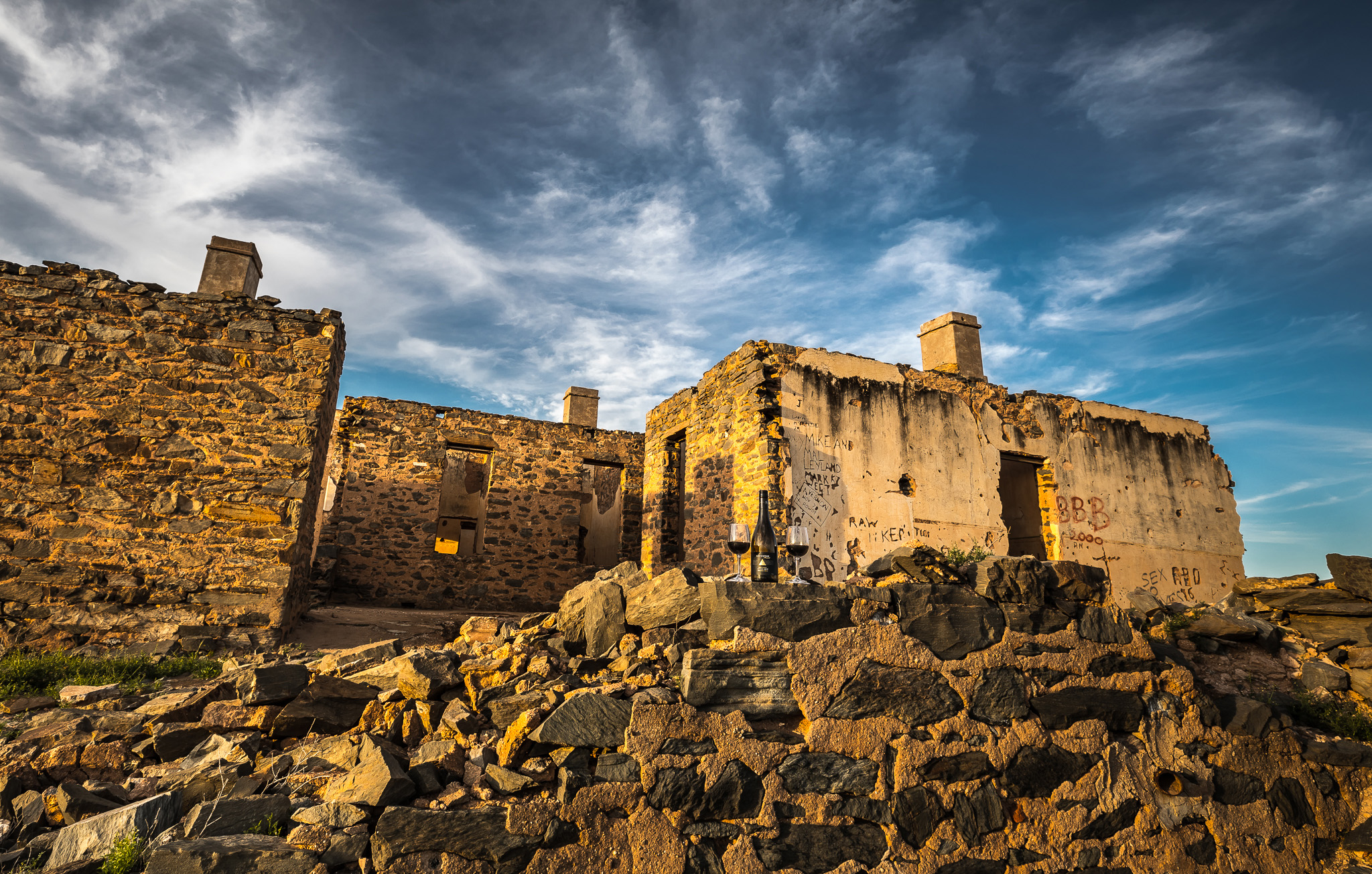 I wonder when that last call for drinks really was? I suspect that back in its heyday there never was a last call, just the ushering of patrons out the door.

Back in 1873 the discovery of gold here transformed an inhospitable region of the South Australian outback into a nearly 500 strong community resulting in the township of Waukaringa being proclaimed in 1888.

The Waukaringa Hotel first advertised itself the following year though perhaps had been operating unofficially from the early years of the discovery of gold here.

With the waxing and waning of other gold discoveries in the area in the early 1900s and the dependence on rain for the grazing of livestock, the town of Waukaringa declined then disappeared completely. After years of checkered trade the hotel ceased operation and was abandoned in the early 1960s.

As we sat out watching the sun set on the distant Flinders Ranges, bathing the ruins in amber light, we could only imagine what it might have been like having a drink at the Waukaringa Hotel.