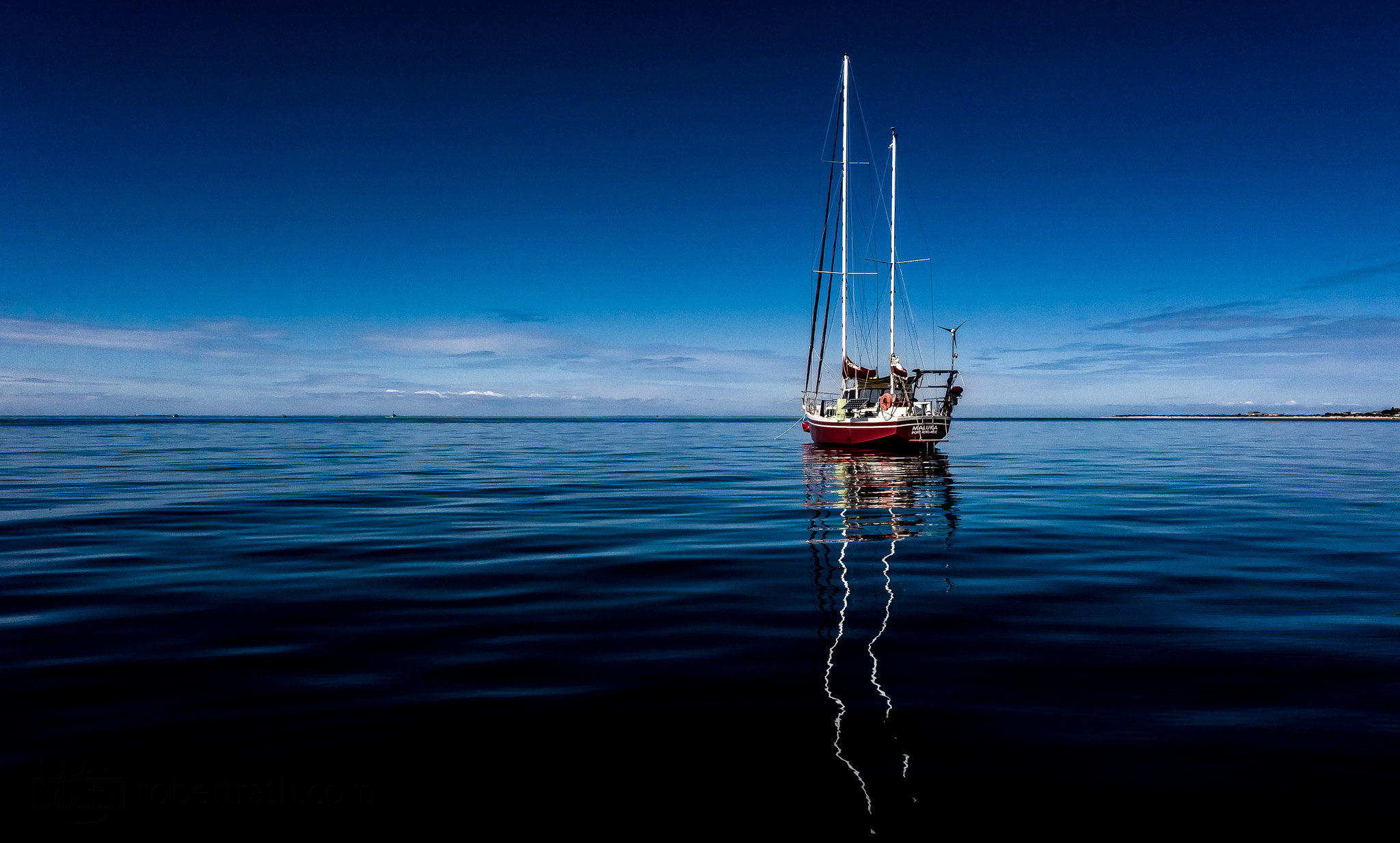 Actually it’s Autumn in Edithburgh when I captured this image but I won’t tell if you don’t.

We spend a bit of time every year in this idyllic seaside town and almost always there is a yacht or two moored in the bay.

I’d been debating with myself as to the merit of showing this image. Is it any better than any other idyllic scene? Perhaps not, but maybe there is a story here to share.

The boat here is a Bruce Roberts Mauritius 44 and it has open my eyes to the world of amateur boat building. Bruce Roberts-Goodson was an Australian yacht designer who made a business out of helping amateur constructors build the boat of their dreams with their own hands by designing boats and selling the plans that people like ourselves could build themselves.

The boat in this image, ‘Maluka’, is the labour of love of someone’s dream come true at the personal effort of their own hands. It’s the idea of a ‘maker’ taken to a new level and an idea I’d never considered. Now knowing this boat was not constructed in a factory and not sold as a luxury item has given me a new found respect and painted this image and it’s untold story in a new light.

Most likely I will never learn of Maluka’s past but at least I now know there is an extraordinary story hiding in plain sight in this idyllic image.