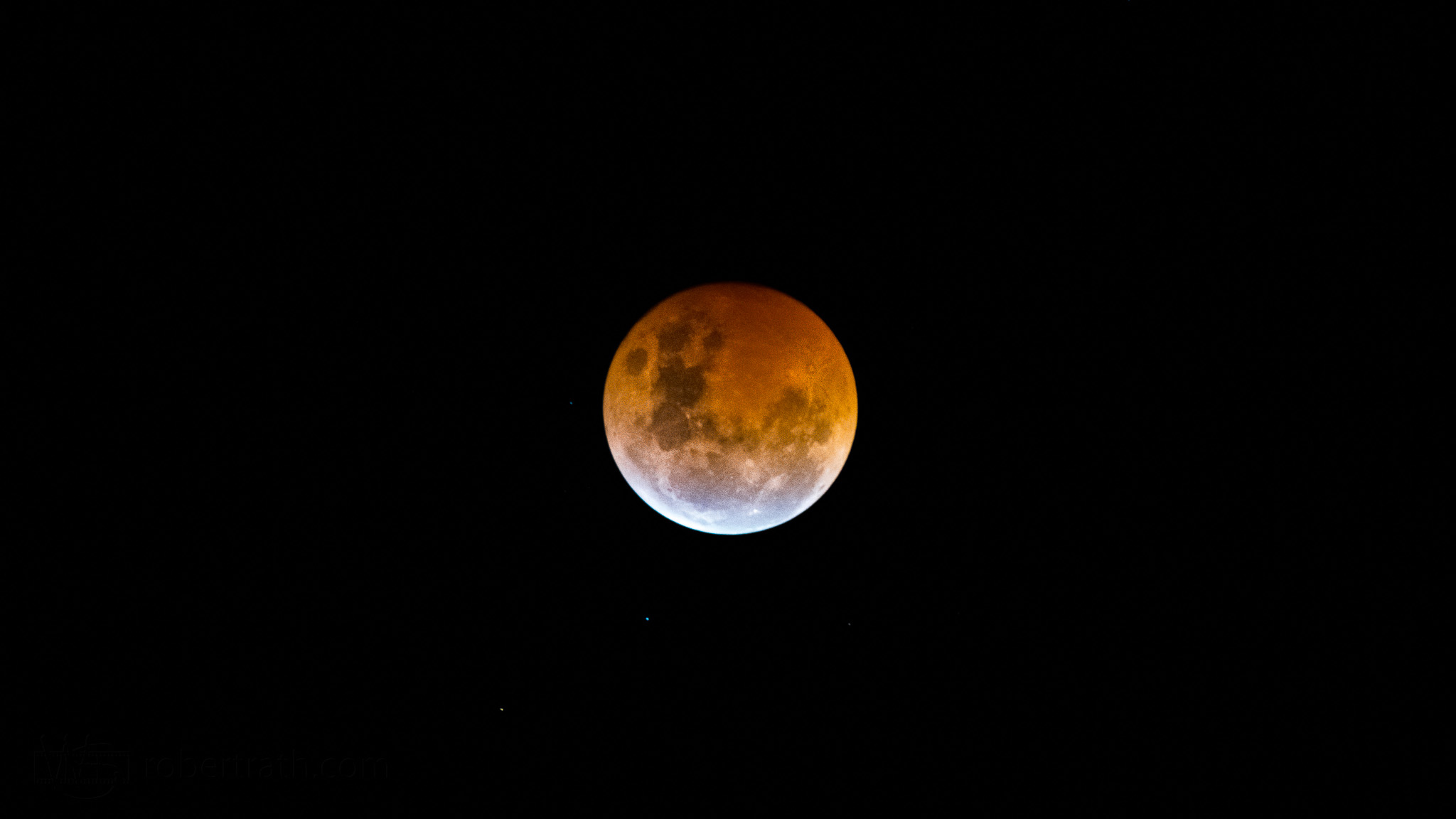 As the moon rose above the horizon it glowed red due to light scattering both ways through the Earth’s atmosphere atmosphere. As it rose, the dark umbra crept across a lunar face transitioning from red to white. At totality the last of the moon disappeared in a blinding white crescent leaving a muddy red faintly glowing orb in its wake and a dazzling sky full of stars and galaxies.

For the next hour that muddy red glow shifted around the face until finally the base began to grow light again. Emergence had begun and this image was taken during the last moments of umbral shadow.

As the earth’s shadow moved further away a dazzling white crescent reappeared and the remainder of the moon was plunged into darkness. As shadow receded, the lunar face came back into view banishing all but the brightest stars from the sky. At midnight a white shining moon had returned to the night sky even though still in the Earth’s penumbral shadow.

It was not until we got home well after 1 am that the full moon had been restored to it’s full brightness again.