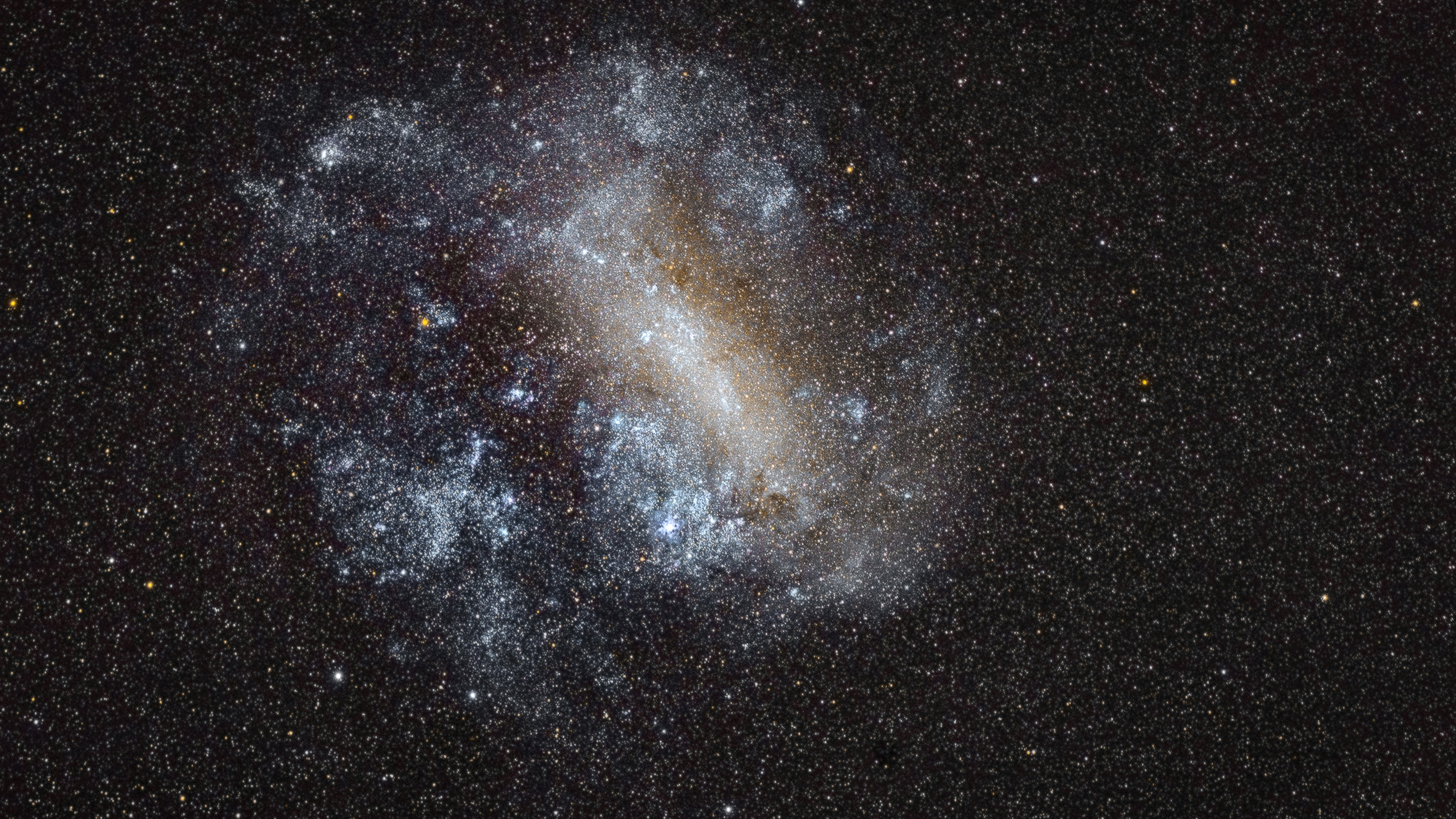 The Large Magellanic Cloud (LMC) is a nearby (on cosmological terms) galaxy clearly visible as a small cloud to the naked eye in the southern night sky. As a neighboring galaxy in our local group it is considered a suburb of our own Milky Way galaxy.

At around 163,000 light year away it is humbling to realise we are looking up at a large object in the night sky as it existed not long after the dawn of the human species.

One extraordinary feature of the LMC is the bright blue purple star-like object just below the middle of the frame. It’s not a star at all but one of the most amazing nebulae in our local group, the Tarantula Nebula (30 Doradus).

The Tarantula Nebula is the most cosmologically active starburst object in all the galaxies of our local group giving birth to brand new stars at a greater rate than any other known nebula.