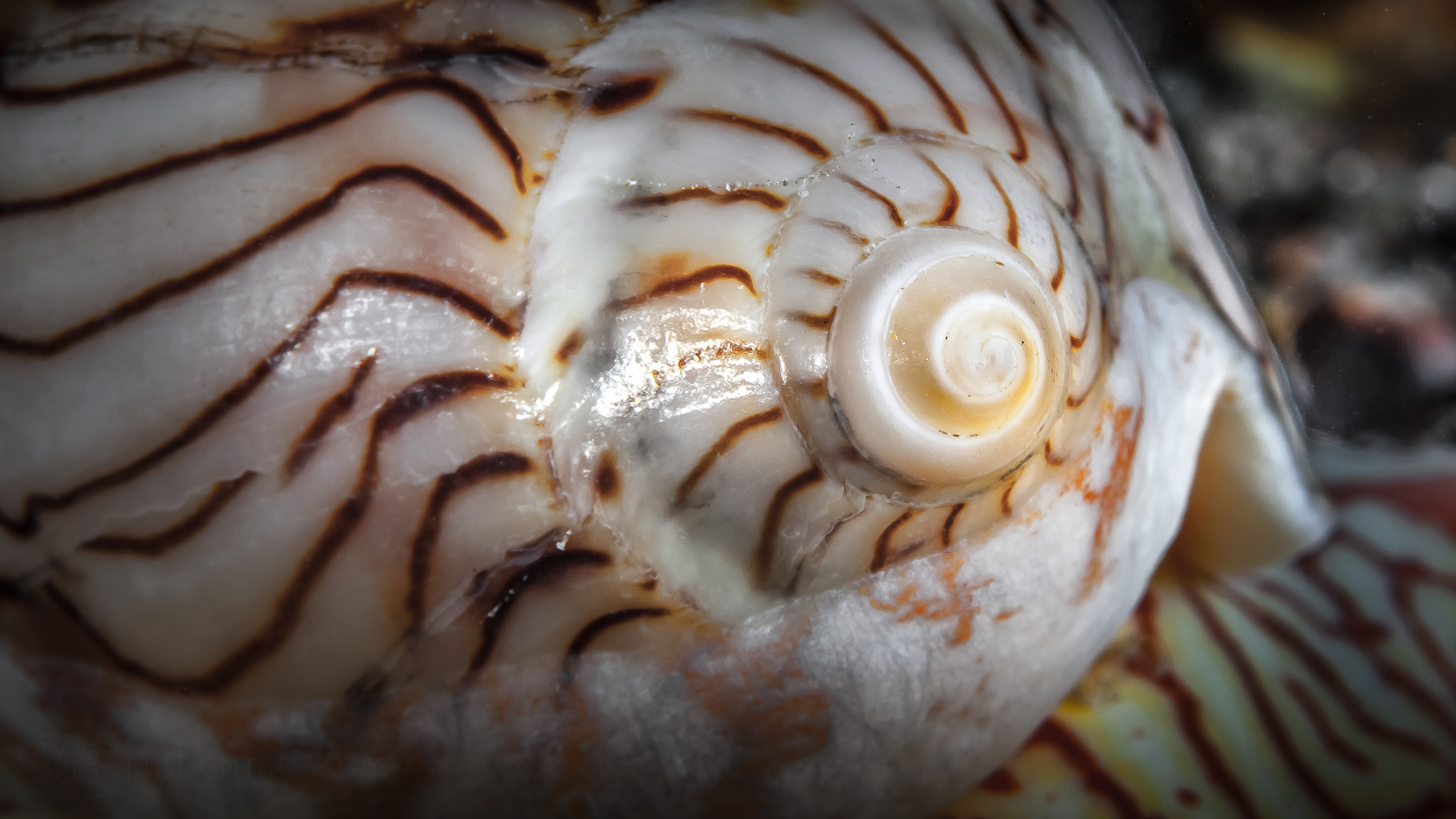 Prowling the sandy bottom between the sea-grass beds of Rapid Bay, the carnivorous undulate volute (Amoria undulata) is on the hunt for other mollusks.

Up close that beautiful spiral shell reminds me of cinnamon scrolls while from a distance a tiny Dyson vacuum cleaner.

Volutes were plentiful during our recent night dive under Rapid Bay Jetty and always easy to photograph. I chose this perspective because I love the repeating geometry of sea shells just as much as I love cinnamon scrolls