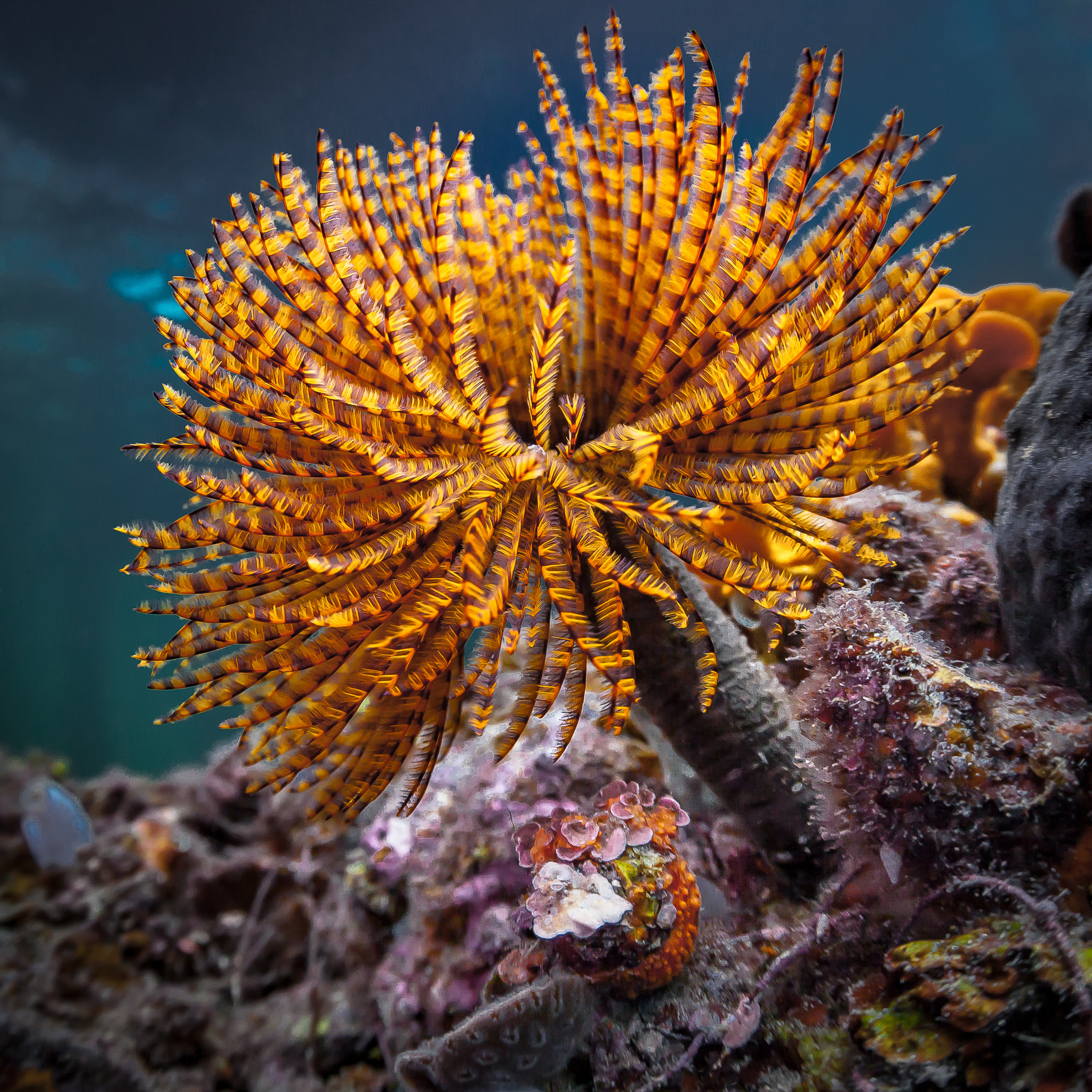 This hand sized fan worm is one of the many spectacular creatures that inhabit our local waters. I say local but it really is another world altogether.

It looks like a plant; like some exotic miniature palm tree. This guy however is a worm which builds a tubular casing away from its supporting structure so that it can extend its frond like appendages out into the current to feed.

Approach too close and in an instant it will retract back into the safety of its tube. Imagine a coconut palm doing that!