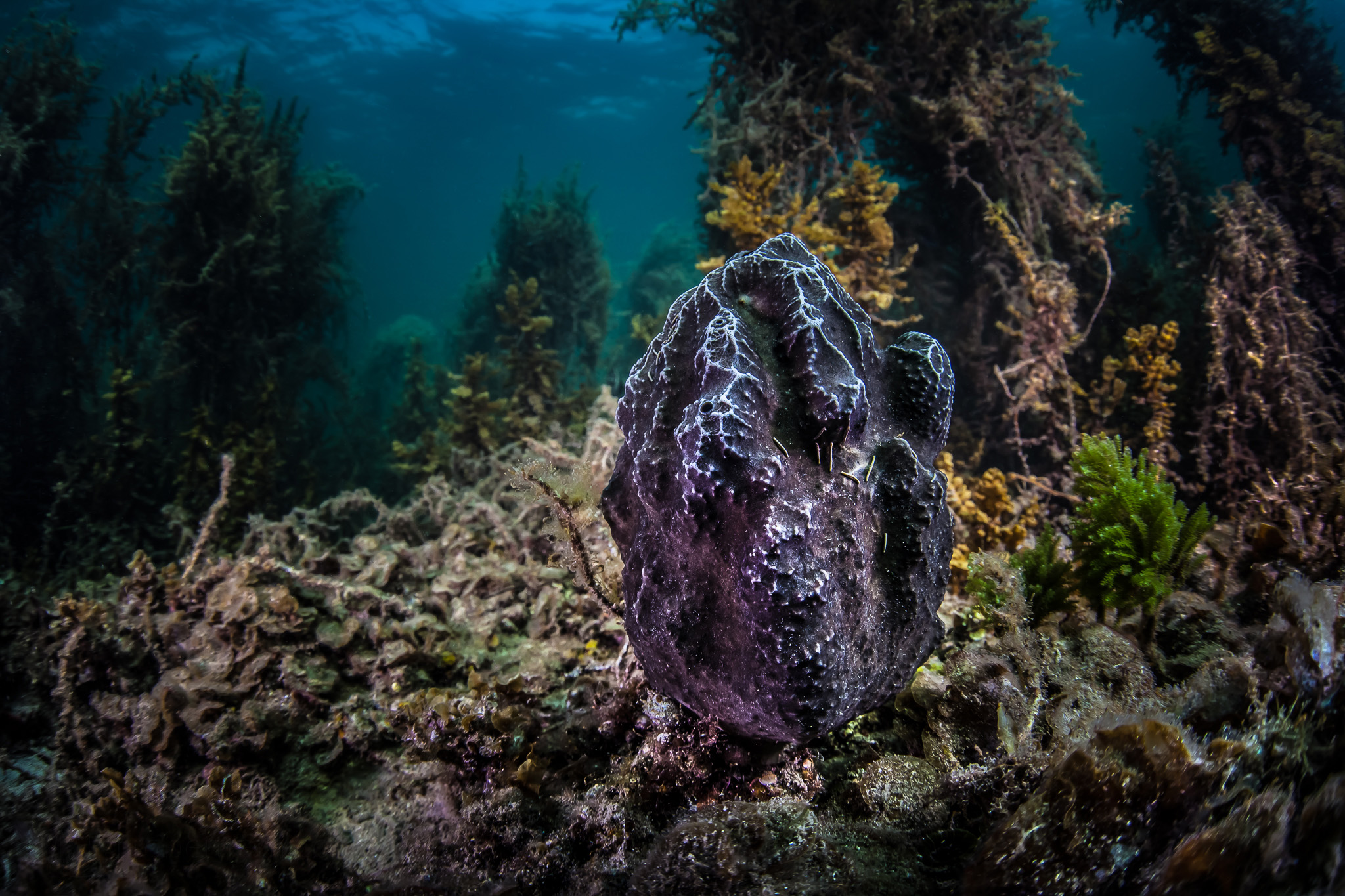 These enigmatic and almost unnerving sponges around Edithburgh Jetty seem to me like some ancient sentinel lifeform left to observe the passage of evolution.

When I think of them in that way it no longer seems strange that these are animals, not plants, and that it is more than likely that this sentinel began its life as free swimming organism perhaps thousands of kilometres from here.

Sponges express a milestone in evolution marking the transition from single cell to multicellular organisms around 600 millions years ago; a feat that took biology around three billion years to achieve.

This creature may not be so ancient; or, maybe all is not as it appears. In an eerie way it reminds me of a movie I watched long ago. About how ‘in space no one can hear you scream’. Well the same goes for being underwater as well!

Time will tell if this alien seed germinates or if it really is just an ancient sea sponge.