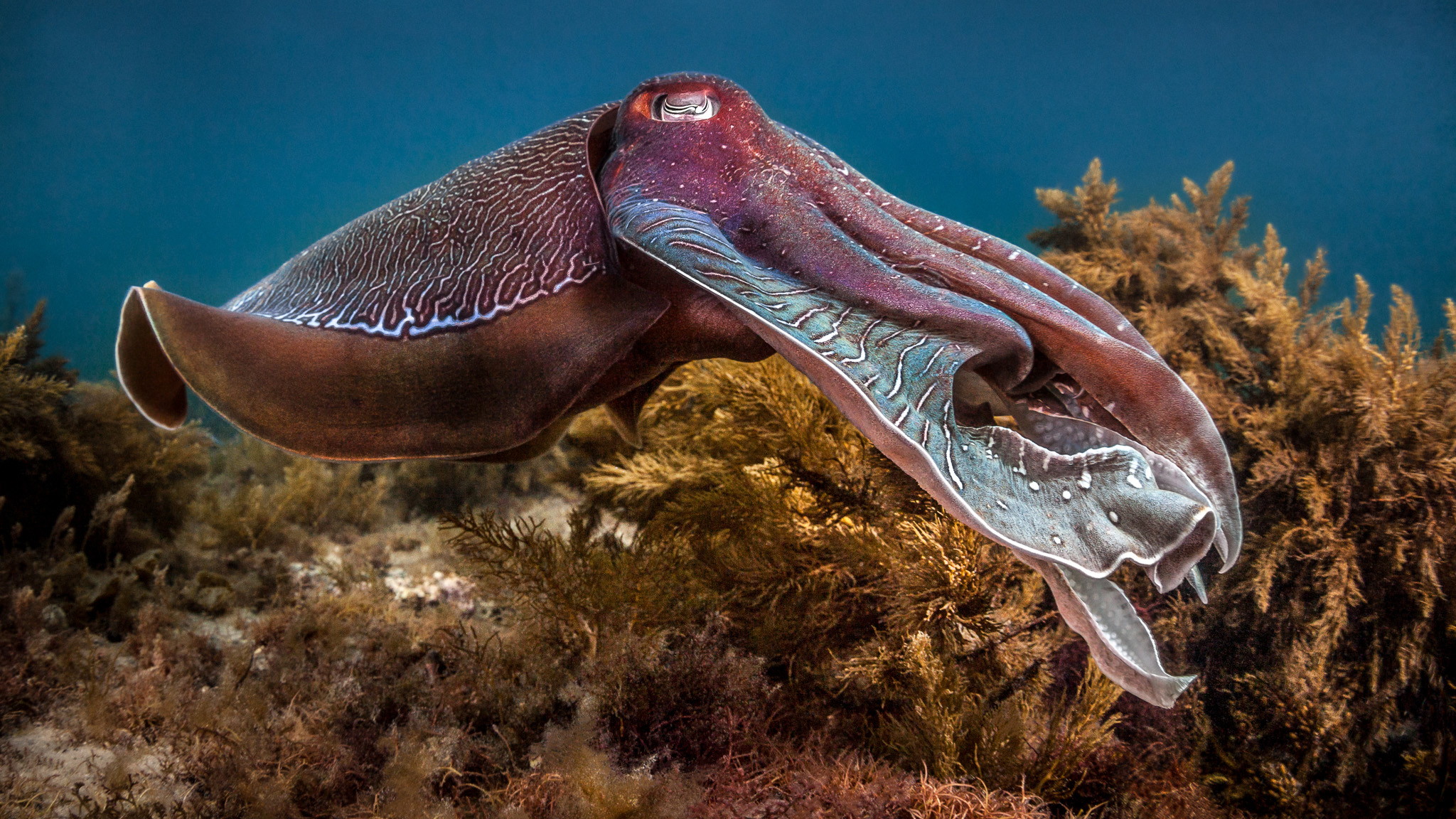 He’s on the hunt for a breeding mate.

Iridescent waves of chromatophore colour ripple from head to tail.
Tenticles outstretch ready to caress or to fight.

He’s beautiful and he knows it and nothing will stop him from getting what he wants,
… except perhaps the hundreds of other males around him with the same intent.

He probably will get what he wants but it will cost him.

If he is still alive by the end of the cuttlefish breeding season he’ll be left a ragged spectre of his former glorious self,